Pigweed is an open source collection of embedded-targeted libraries–or as we like to call them, modules. These modules are building blocks and infrastructure that enable faster and more reliable development on small-footprint MMU-less 32-bit microcontrollers like the STMicroelectronics STM32L452 or the Nordic nRF52832.

Pigweed is in the early stages of development, and should be considered experimental. We’re continuing to evolve the platform and add new modules. We value developer feedback along the way.

Get the code: git clone https://pigweed.googlesource.com/pigweed/pigweed (or fork us on GitHub).

If you’d like to get set up with Pigweed, please visit the getting started guide.

There are many modules in Pigweed, and this section only showcases a small selection that happen to produce visual output. For more information about the different Pigweed module offerings, refer to “Module Guides” section in the full documentation.

In the web development space, file system watchers are prevalent. These watchers trigger a web server reload on source change, making development much faster. In the embedded space, file system watchers are less prevalent; however, they are no less useful! The Pigweed watcher module makes it easy to instantly compile, flash, and run tests upon save. Combined with the GN-based build which expresses the full dependency tree, only the exact tests affected by a file change are run on saves.

The demo below shows pw_watch building for a STMicroelectronics STM32F429I-DISC1 development board, flashing the board with the affected test, and verifying the test runs as expected. Once this is set up, you can attach multiple devices to run tests in a distributed manner to reduce the time it takes to run tests.

Presubmit checks are essential tools, but they take work to set up, and projects don’t always get around to it. The pw_presubmit module provides tools for setting up high quality presubmit checks for any project. We use this framework to run Pigweed’s presubmit on our workstations and in our automated building tools.

The pw_presubmit module includes pw format command, a tool that provides a unified interface for automatically formatting code in a variety of languages. With pw format, you can format C, C++, Python, GN, and Go code according to configurations defined by your project. pw format leverages existing tools like clang-format, and it’s simple to add support for new languages.

Unit testing is important, and Pigweed offers a portable library that’s broadly compatible with Google Test. Unlike Google Test, pw_unit_test is built on top of embedded friendly primitives; for example, it does not use dynamic memory allocation. Additionally, it is easy to port to new target platforms by implementing the test event handler interface.

Like other modules in Pigweed, pw_unit_test is designed for use in established codebases with their own build system, without the rest of Pigweed or the Pigweed integrated GN build. However, when combined with Pigweed’s build, the result is a flexible and powerful setup that enables easily developing code on your desktop (with tests), then running the same tests on-device. 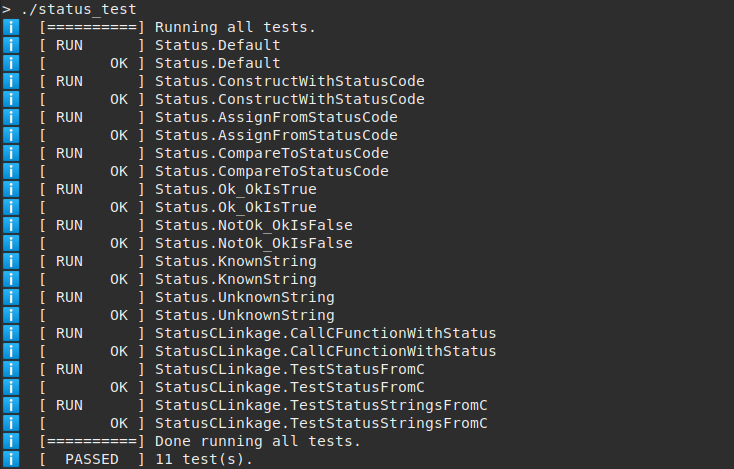